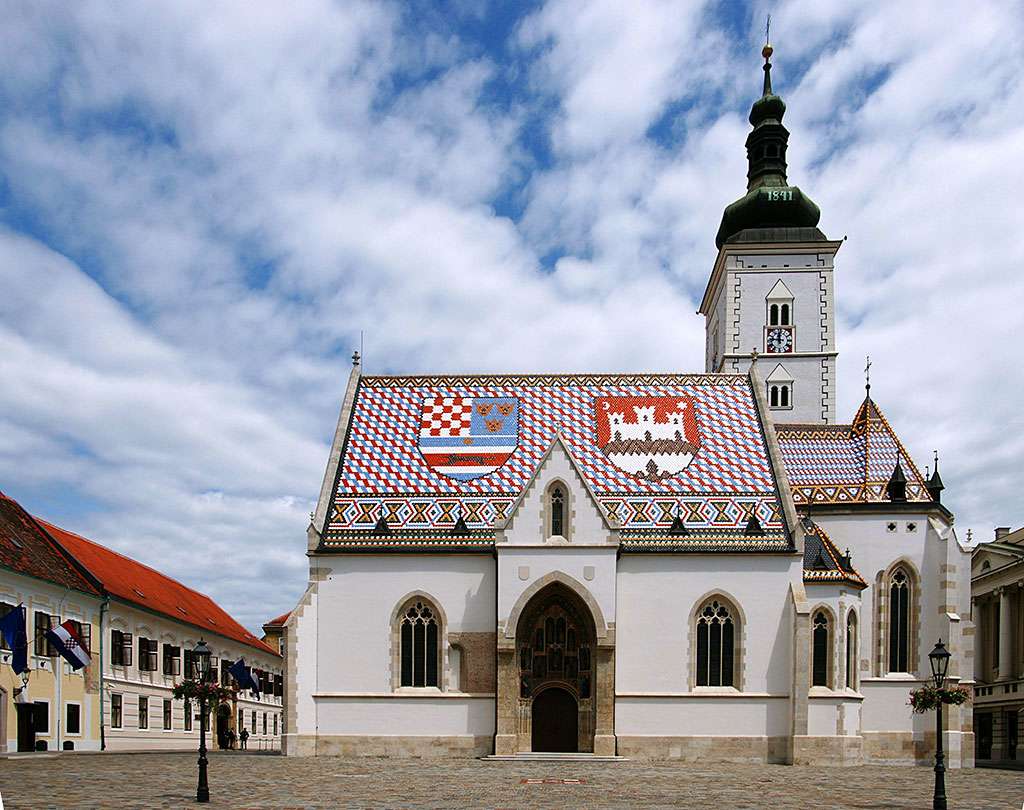 St. Mark’s church is located on St. Mark’s Square and is one of Zagreb’s oldest monuments. Built during the 14th century, St. Mark’s church is the most recognizable motive of Zagreb, thanks to its colourful tower and the roof tiles bearing the emblems of the City of Zagreb and the coat of arms of the former Kingdom of Croatia, Slavonia and Dalmatia, the Baroque bulbs and the harmonious southern façade with the richest Gothic portal in Croatia. Formerly, a pillar of shame stood before this portal, where people were tied and punished as ruled by the city court.